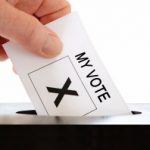 Often the election of a local candidate is decided by just a handful of votes. Low voter turnout tends to occur for special elections or primary elections. Because of this, the winner often is the candidate who can get the most voters to participate.

Offline, the most effective ways to get a new voter is via canvassing, phone banks and robocalling, in that order. Personalizing the contact tends to attract new voters. For example, when I first moved into my new house, a candidate for the town board was personally canvassing door-to-door. I did not know much about the local political landscape at the time. But I remembered the candidate, thought highly of the fact that she took the time to speak to me, and voted for her the following month.

A personal touch can make a huge difference, but it can be difficult, if not impossible for candidates to target all the voters they want to reach. But reaching as many voters as possible – and getting them to actually vote – is critical for success, particularly when the election falls at a time when many voters may not be not fully engaged.

This may also interest you...